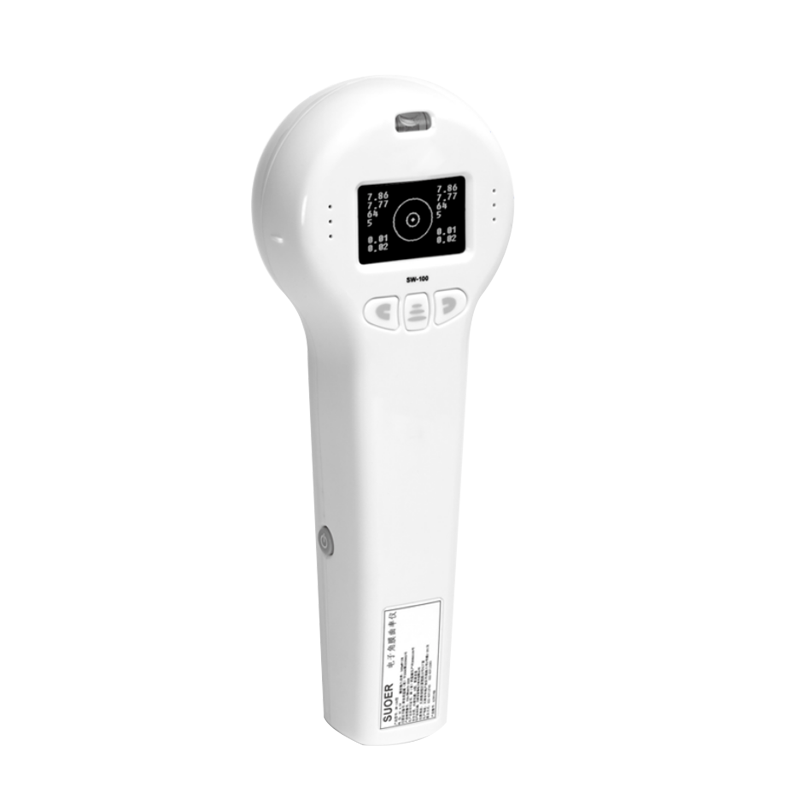 The measurement of the curvature of the anterior surface of the cornea by the keratometer can provide a basis for selecting the appropriate base curve of the soft contact lens. It can also be used to check the corneal astigmatism through the keratometer to provide a reference for optometry.


Send email to us

The clinical functions of the keratometer are as follows:

1. During the fitting process of contact lenses, the base curve of the lens can be selected according to the radius of curvature of the principal meridian of the anterior surface of the cornea of ​​the customer.

BC = the sum of the radii of curvature of two mutually perpendicular principal meridians/2×1.1

For example, the curvature radii of two principal meridians that are perpendicular to each other are measured to be 7.6 and 7.8.

When testing, make the wearer blink. If the wearer is well worn, the visual mark will always be clear and unchanged;

If it is worn too tightly, the image will be clear before blinking, and the blur will be restored for a while.

If there is no astigmatism in optometry, use a keratometer to detect astigmatism, which means that the degrees of corneal astigmatism and intraocular astigmatism are equal, and the signs are opposite, the axis is the same, and the two cancel each other out. This astigmatism can be corrected with a spherical lens.

4. For certain corneal diseases, such as keratoconus and keratoconus, the keratometer can be used as a diagnostic basis. The measurement of the keratometer is required for the determination of the degree of implantation before the implantation of the intraocular lens and the design and result analysis of various refractive operations. In addition, you can learn about the secretion of tears and so on.

The electronic keratometer SW-100 integrates electronics and optics. It is mainly used to measure the corneal curvature radius and diopter, and can wirelessly output print data.